Mobile lidar (also mobile laser scanning) is when two or more scanners are attached to a moving vehicle to collect data along a path. These scanners are almost always paired with other kinds of equipment, including GNSS receivers and IMUs. One example application is surveying streets, where power lines, exact bridge heights, bordering trees, etc. all need to be taken into account. Instead of collecting each of these measurements individually in the field with a tachymeter, a 3D model from a point cloud can be created where all of the measurements needed can be made, depending on the quality of the data collected. This eliminates the problem of forgetting to take a measurement, so long as the model is available, reliable and has an appropriate level of accuracy.

Airborne lidar (also airborne laser scanning) is when a laser scanner, while attached to a plane during flight, creates a 3D point cloud model of the landscape. This is currently the most detailed and accurate method of creating digital elevation models, replacing photogrammetry. One major advantage in comparison with photogrammetry is the ability to filter out reflections from vegetation from the point cloud model to create a digital surface model which represents ground surfaces such as rivers, paths, cultural heritage sites, etc., which are concealed by trees. Within the category of airborne lidar, there is sometimes a distinction made between high-altitude and low-altitude applications, but the main difference is a reduction in both accuracy and point density of data acquired at higher altitudes. 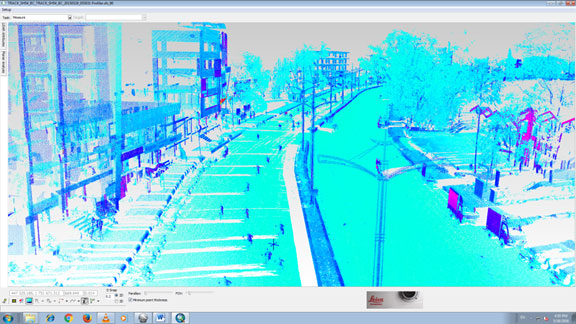 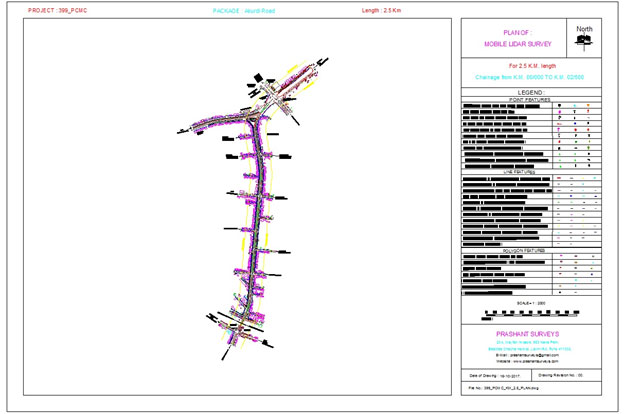 Satellite imagery consists of images of Earth or other planets collected by satellites. Imaging satellites are operated by governments and businesses around the world. 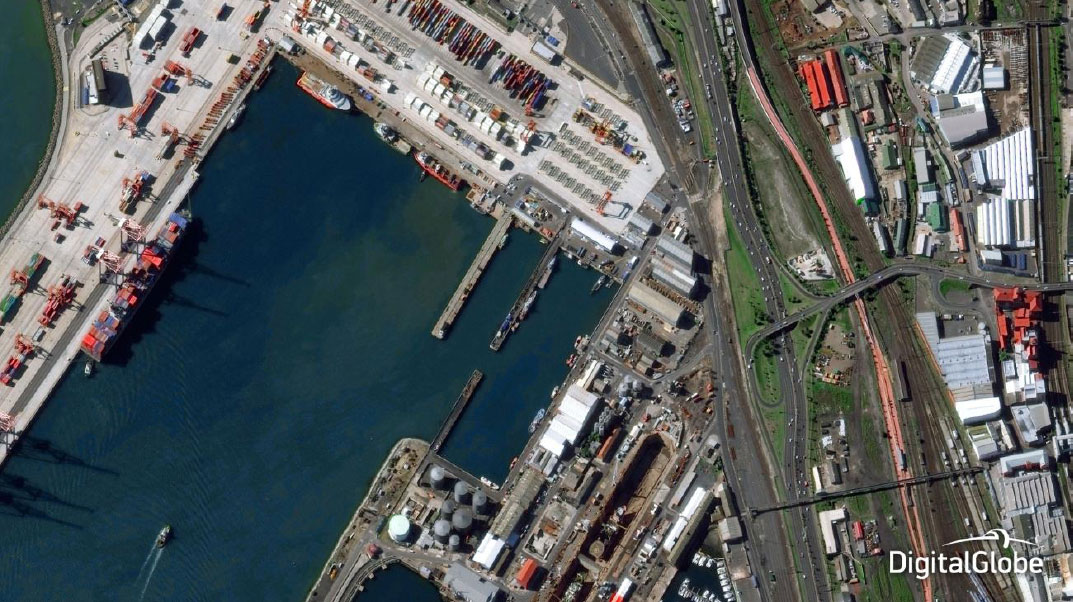 The 3 SPOT satellites in orbit (Spot 2, 4 and 5) provide images with a large choice of resolutions – from 2.5 m to 1 km. Spot Image also distributes multi resolution data from other optical satellites, in particular from Formosat-2 (Taiwan) and Kompsat-2 (South Korea) and from radar satellites (TerraSar-X, ERS, Envisat, Radarsat). Spot Image will also be the exclusive distributor of data from the forthcoming very-high resolution Pleiades satellites with a resolution of 0.50 meter or about 20 inches.

Indian Cartosat-2C is a much more capable satellite, having a resolution of 25 cm (10"). It uses 1.2 m optics with 60% of weight removal compared to Cartosat-2. Other features include the use of adaptive optics, acousto optical devices, in-orbit focusing using MEMs and large area-lightweight mirrors. The satellite was to be launched on board PSLV during 2014, but had been delayed and was finally launched on 22 June 2016. Potential uses include weather mapping, cartography, and strategic applications.

Cartosat-3 is an advanced Indian Earth Observation satellite built and developed by ISRO, which will replace the IRS series. PSLV C47 carrying Cartosat-3 was launched on 27 November 2019. Cartosat-3 is the 3rd generation of high-resolution imaging satellites developed by ISRO. It was developed in response to increased demand for imaging services to address urban planning, rural resource and infrastructure development needs. It has a panchromatic resolution of 0.25 meters making it the imaging satellite with highest resolution in the world and Mx of 1 meter with a high-quality resolution which is a major improvement from the previous payloads in the Cartosat series. Potential uses include weather mapping, cartography or army defense, and strategic applications. 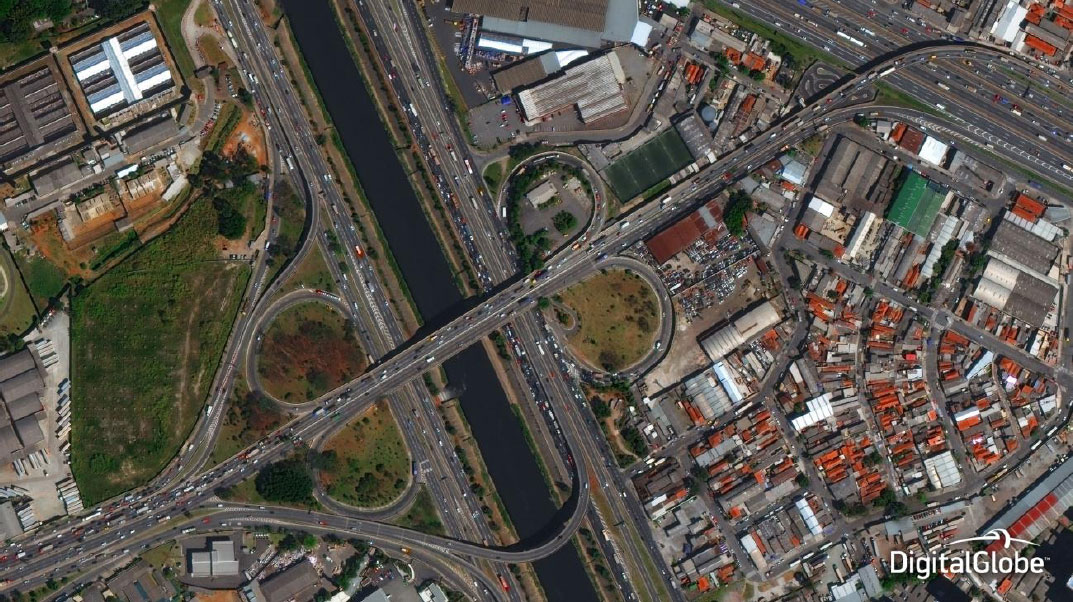 Traditionally only image base maps and derivative products were used by city planners and engineers for tax assessment, inventory, construction planning of roads / bridges, utility planning, storm water management, and other civil planning activities. A major hurdle to the effective application of remote sensing imagery for these applications was the positional accuracy of the image base maps and derivative products. Existing vector data layers road centerlines, parcel and zoning boundaries, etc. were routinely superimposed upon the image-based products for planning and assessment applications. Usually the vector data layers would not line up with the image products, and the products were perceived to be of limited value and were not integrated into standard operations and decision-making processes within the local government. Thus, due to the limitations of the horizontal accuracy of a remote sensing product, its utility for application in local government GIS systems as an accurate base map was very limited.

“Prashant Advanced Survey LLP” has the knowledge and expertise to procure, process and provide customized GIS solution or generate accurate base maps using any of the High-resolution satellite images as per the requirements of the project. We have already procured and used ‘Digital Globe’ and ‘Indian Cartosat’ High resolution satellite images from NRSC, Hyderabad (a nodal Government body under ISRO in India) for many of our Government projects in India.

Depending upon the requirements of the project, we use the appropriate high-resolution satellite images geo referenced using our high precise ground control points established by our Leica & Trimble dual frequency survey grade Differential Global Positioning System (DGPS) or GNSS systems.

After carrying out the Ortho rectification of the above High-resolution satellite images using the precise Ground Control Points, we can prepare a fairly accurate base map (upto 0.5 m accuracy) with customized GIS solution which can be readily used by small to medium sized municipal councils in India.

The base maps thus prepared for any city, urban areas or municipal council along with our customized GIS solution can be used for various applications having accuracy as that of 1:2,000 scale useful for most of the smart city, Town planning and infrastructure projects in India. 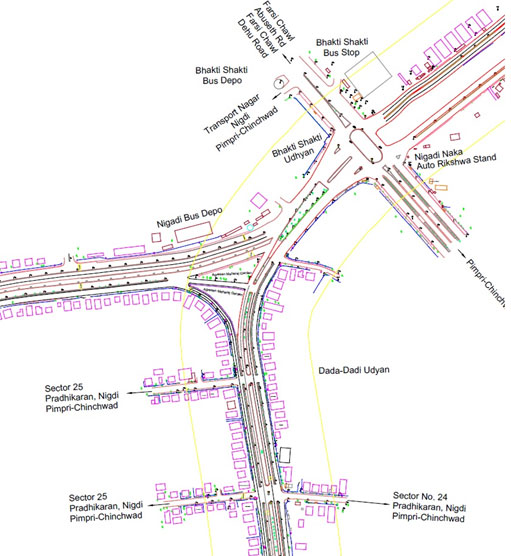